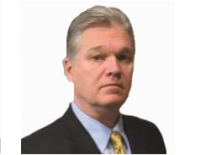 Mr. Gregg retired from MPD in 1995 as the inspector/director of the Office of Finance and Resource Management.

After retiring from MPD, Mr. Gregg was hired as the president & CEO of a federally charted credit union – Police Federal Credit Union (PFCU) - to provide contemporary financial services to federal, state and local law enforcement personnel and their families in the D.C metropolitan area (DMV).

In addition to the DCRB, Mr. Gregg serves as the chairman of the Board of Directors (BoD) for PFCU; the chairman of the BoD for the Dollard-Suter Family Fund; the Treasurer for the D.C. Metropolitan Police Memorial & Museum, Inc.; is a director of the BoD for the Credit Union Mortgage Association; and is a committee member of the Political Action and Legislative Committee for the Maryland and DC Credit Union Association.