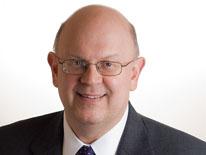 Mr. Blanchard is an attorney with Greenstein DeLorme and Luchs, PC. His practice area includes land use, zoning, historic preservation, real estate development, assessment tax appeals, municipal affairs, alcoholic beverage control, and legislation. He was the Committee Clerk for Councilmember Jack Evans from 1995 to 2000. During that period, he was Committee Clerk of the Committee on Finance and Revenue (1999-2000), Committee on the Judiciary (1997-1998), and Committee on Public Services and Regional Authorities (1995-1996).

Mr. Blanchard graduated from Marlboro College in 1984. He received a Master of Arts degree from Antioch School of Law in 1985 and a Juris Doctor degree from the Columbus School of Law of the Catholic University of America in 1998. Mr. Blanchard also studied law at Doshisha University in Kyoto, Japan, as a visiting student in 1997. He earned a Certificate in Advanced Negotiation from Harvard Law School in 1993 and a Certificate of Money Management Fundamentals from the Wharton School in 2003.